When it comes to outside-the-box game day food, Major League Baseball parks may have taken the traditional “peanuts and cracker jack” fare to new levels in recent years, but NFL stadiums are holding their own in the battle for fan stomachs.

Each pro football stadium — like their baseball counterparts — has a signature offering, ranging from the decadently delicious (the Green Bay Packers’ buffalo chicken-style “Pack ‘n Cheese”) to the downright outrageous (the same Packers’ “Horse Collar” — kielbasa topped with beer cheese and fried sauerkraut on a horseshoe-shaped roll).

Here’s a look at the five most tempting snacks being served in NFL stadiums across the nation. (NOTE: What’s tempting to one fan may not be tempting to another.) 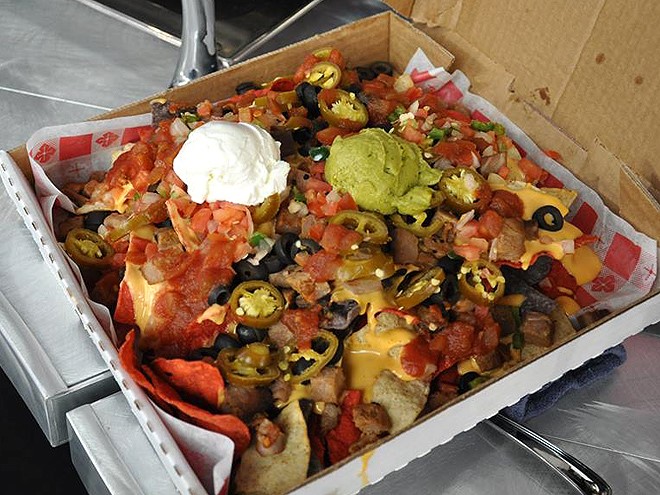 It’s not the local chiles or slow-roasted pork that make these nachos so incredible. It’s the pizza box they’re served in. Yep, because a regular old paper plate just wouldn’t do this fourth quarter snack any justice.

In the grand tradition of taking an old standby like the hot dog to a whole new level, the Bears’ newest menu item is the Midway Monster. It starts as a hot dog on a pretzel bun, but it’s topped with corned beef, bacon caraway sauerkraut, and mustard. 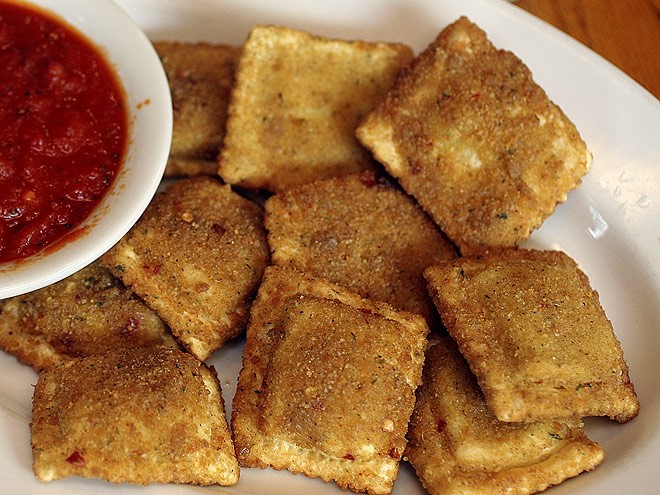 Toasted ravioli is a St. Louis tradition, so it’s no surprise to see it served up at a Rams game. These crispy pillows of goodness are filled with beef or veal, then breaded and deep-fried to perfection. 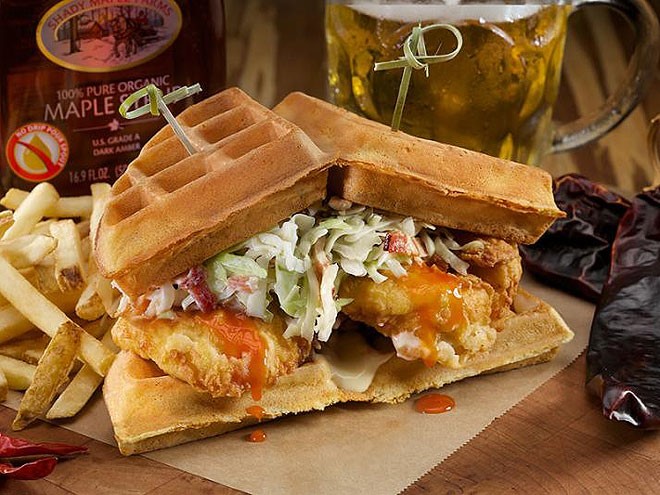 This linebacker-sized sandwich features fried chicken between two Belgian-style waffles. Oh, and it’s topped with a pile of maple bacon coleslaw, which, by itself, sounds like a pretty incredible snack.

When is a hot dog waaaay more than a hot dog? When it’s piled high with macaroni and cheese, chili and jalapeños. That’s what you get with the Tailgate Dog. Well, that and a case of heartburn that hurts worse than the Raiders’ 3-13 record last season.