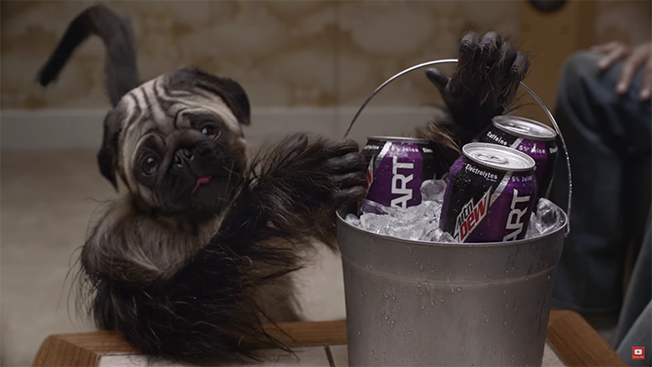 The Super Bowl is just three days away, but judging by the number of Big Game ads that have already been released, you’d think the game had already started.

At last count, 28 of the game’s 43 expected ads — a full 65 percent — have already been released by the brands behind them. Food and beverage brands who have showed up early to the party include Anheuser-Busch, Heinz, Skittles and Snickers, among others.

Of course, at a record $5 million per 30-second slot, it’s all part of a wise strategy by advertisers to drum up some pre-game buzz about the ads. And that buzz will be loud, with studies showing that 50 percent of the people who will be watching the game will be tuning in just for the commercials.

Feel free to check out SpotBowl to get a sneak peek at all of the pre-game releases (and the entire advertising line-up). While you’re there, you can cast an early vote for the ads and then visit again during and after the game to sound off about the full line-up.

In the meantime, below is a look at some of the food and beverage brands that you’ll be seeing in the Sunday showdown.

As for which one will win the SpotBowl title, only the votes can determine that. Anheuser-Busch has won the last two titles (and six of 12 overall), thanks to an adorable puppy in 2014 and 2015, but the pooch won’t return this year, which leaves the heavy lifting to Anheuser-Busch’s’s as-yet-unreleased Clydesdale spot.